Who do you think should be in control of your information on the internet? by Alison Sainsbury

Yes, so that's a really interesting one, and I've been thinking about that because obviously, you know, in crazy times we live in that that's become, I think, a really interesting question, because, you know, in Australia, like many countries, they launched a contact tracing app by the government, which if you haven't read up on it and you want a good laugh, have a read. It was pretty funny, but a lot of the discussion, I mean, the thing doesn't work, but a lot of the discussion about it was, well, I'm not going to get it because then the government will know everything about where I am. Why don't they get Google to do one? And I'm just going. So three months ago, you're all screaming that Google knows too much about you, but now you want Google to know every single person that you meet up with. But there is that, you know, that a trust deficit.

So, you know, and that and this comes back to, you know, the data value exchange. Really, people don't trust the government with their data, you know, but then they don't trust Google or Apple or whoever it might be. And then things change and it becomes necessary. It's like, OK, if I get this app, then it's safer for me to go outside and grab a coffee. So I'm willing to give that data over because the value to me is some measure of freedom and, you know, and and health and safety. So that's a really interesting one. So who do I think I mean, I should be in control of my information on the Internet, but there is so much information out there.

And how many people actually check it or regularly check it is a different thing. You know, and one of the other things, that's kind of a bit of a pivot on the question. But one of the other things which I'm finding really interesting is, you know, in Australia where, you know, things are opening up, some things are looking back down again, unfortunately, but things are opening up. And so any time you go somewhere, you've got to check in so that they can do the contact tracing. And the checking can be anything from, you know, there's a QR code. QR codes are finally becoming a thing, which is great. You know, the QR code and you you kind of fill it in there and et cetera, which is definitely my preferred option for growth as a consumer and as a marketer.

But. I have a lot of places are just like, hey, there's a clipboard at the front desk, could you please write down your name, email address and phone number? And I'm like, sure, but there's 20 other people before me and there's 20 other people after me. And there's my name, email address and phone number just sitting there on a piece of paper and wants to stop somebody taking a photo. So, you know that that concept of privacy, you know, and your information not just on the Internet, but everywhere else is I think it's shifting really fast, you know, and it's brands. And as marketers, we we need to keep an eye on that. But also we need to act really honorably and not exploit it and look after it.

So, you know, not not a fan of the clipboard at the front desk. You know, I should be able to control the information, but I think that horse has bolted. I really do. The horse has bolted. It's out there. There is. You know, I I work with brands on a daily basis. And this they have so much information, you know, about their customers, even information that they don't know that they had and. Being able to access that in some kind of, you know, one way, but that's a biggie. So and the biggest way is the best way that you can do that, whether it's a contact tracing app or whether it's, you know, brands having information easy if it's owned by a few organizations like Google or like Apple or whoever. And then you can go and say, all right, I am blocking.

I want to block all that. I want to go and review all my privacy settings. And I want to pull all that data back that you have given to those people. But that means we are trusting one company with that data. So it's just like, what are we going to do? We want the we want the experience of them knowing who I am and making it easy for me and connecting it and me not having to sign in three different times with my telephone provider. But we also want to control it. And I don't think we've as brands, we haven't come up with a good answer. And consumers, frankly, don't have the education to know.

ZipComply believes that trust and security should be transparent and the industry standards that one should expect, regardless of being explicitly stated in a law.

We hope to educate everyone about consumer privacy. We ask the question "Who do you think should be in control of your information on the internet?" to people in different job functions. The answers might surprise you.

In general, people seem very passionate about consumer privacy. Stay tuned for more of these videos.

How can we help?

Based on the information above, governance is quite involved and challenging. Our ZipComply Concierge service helps your business at the consumer end of your web presence. Our Data Governance consulting group can help you with your enterprise level governance and compliance. 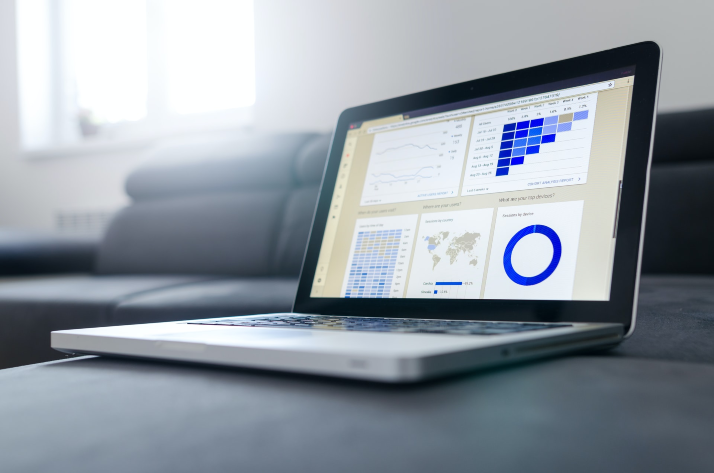